Breaking News
Home / Business / Companies’ taxes should be based on the profits not the turnover, GICAM recommends 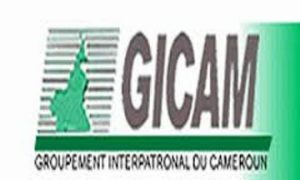 On May 28, 2018, the Cameroonian minister of finance Louis Paul Motazé met with GICAM and explained that he would consult them for every decision related to Cameroon’s economy. During the meeting, GICAM submitted a proposal for fiscal reforms.

According to Célestin Tawamba, president of GICAM, this proposal is the result of a working group set for that purpose days after the new administration board was elected.

In the proposal, the group informs that the country needs to change its fiscal policy and base the tax on the profits, not on the turnover. According to GICAM, by calculating the taxes on the basis of companies’ profits, Cameroon will lose CFA45 billion but, there are alternatives to gain more, the group says.

It further indicates that in the proposals, it has suggested some ways to broaden the tax base that could bring CFA65 billion to the national treasury while preserving companies’ solidity.

At the same time the proposal elaborated that “further studies need to be done to validate the simulations”.

Let’s recall that according to Doing Business 2018, published in December 2017, the fiscal burden on companies operating in Cameroon was 57.7% while the average for those operating in the other Sub Saharan African countries was 46.8%. In the same wake, Paying Taxes 2017 ranked Cameroon among the top 10 African countries with the highest fiscal burden on companies.

Previous Conaroute Disbursed FCFA 61.9B For Road Maintenance Projects In 2017
Next 53 Kilometers Of Drains To Prevent Floodings In Douala, Yaoundé