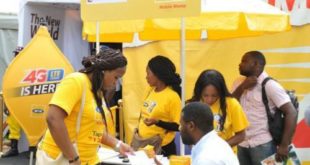 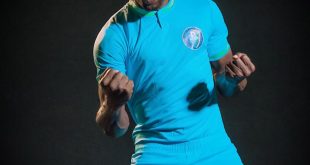 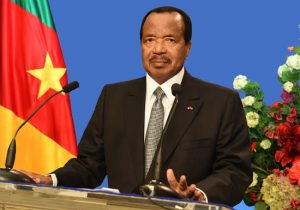 There have been mixed reactions in Cameroon following President Paul Biya’s announcement that he will run for re-election. Biya has been president for 36 years and if he wins another mandate he will be 92 years old by the time his term ends.

The decision by Paul Biya to contest the October 7 presidential poll is dominating political discussions in Cameroon. At the entrance to the University of Yaounde 2 campus, students argue that by choosing to run, the 86-year old Biya has again indicated he wants to be president for life.

Twenty-four-year-old sociology student Albert Ndze said he is more preoccupied with his studies than an election, but that his wish is for peace to return to troubled areas in Cameroon.

“What I care is that the person going in should do what we the youths want so that peace can be in the country,” he said.

Cameroon is dealing with attacks by Boko Haram militants in the north, separatist movements in two English-speaking regions and a spillover of violence from the Central African Republic.

Biya’s close aide, Jaques Fame Ndongo, said the president is responding to overwhelming calls for him to run.

He said Biya remains the best choice for Cameroon because he is a legalist who strictly respects republican institutions, is highly engaged for peace to return to troubled spots, and supports the country’s development to become an emerging economy.

Shortly after the announcement, a coalition of 20 opposition political parties announced support to Biya. One of them, El Hadj Lawan Bako of the United Democratic party, said “active forces of this country have said, ‘Mr. President, we have renewed our confidence in you, be our candidate for this election because you have the experience, you know where the shoe pinches.’”

“President Paul Biya is the right person and the real person to handle the anglophone problem,” he added. “And the economy of this country should move further so that we enjoy the fruit of our labor.”

But Jean Jacques Ekindi of the Progressive Movement party said Biya is paying off some opinion leaders and members of the civil society to stand by him.

Ekindi said he is running for president to stop such manipulations.

He said since Biya became president, Cameroon has been sailing from one crisis to the other, like the crisis in the English speaking regions that has claimed hundreds of lives, the Boko Haram insurgency, and many other economic, social and political crises.He says all right-thinking Cameroonians expected Biya to shut up and step down.

Cameroon has dropped from a middle income country when Biya took over in 1982 to a low income country today.A quarter of its 23 million citizens earn less than $2 a day.The average life expectancy is under 60.

Biya got rid of constitutional term limits in 2008, allowing him to run indefinitely. He is now the second longest serving ruler in Africa, behind Equatorial Guinea’s leader, Teodoro Obiang.