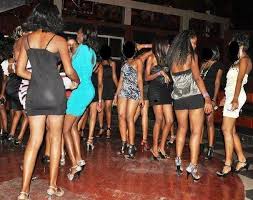 With the spurt on social media, sex workers today post their pictures and prices online without fear.

Prostitution is said to be the oldest profession in the world. But then in the days of old it was a shameful act as prostitutes usually operate in the hiding. In most of our big towns, prostitutes are much present and until now they have been operating in hiding, but customers always know where and when to find them. Today the profession is taking another twist. With the coming of the Internet prostitution is shifting towards another direction.

WhatsApp groups have been created just to sell and buy sex and group members post nude pictures to attract customers. A sex worker, who requested anonymity, revealed that she is a mother of two and hasn’t got a job to care for her children. “I do not have any hand work, I have tried petty business but could not succeed because my capital got finished”, she added. She said she has been into prostitution for the past five years. She was aware of the dangers and revealed that if she finds something sustainable she will quite prostitution.

Prostitution is not legalized in Cameroon, and there are many legal frameworks that discourage the act. The Ministry of Women’s Empowerment and the Family has different programmes to discourage the act and has equally taken steps to ensure that young women and girls are gainfully employed.

According to the Divisional Delegate of Women’s Empowerment and the family for Wouri, Bema Ewombe Hortence Berthe Kingue, they have different programmes to trained sex workers on income generating activities. She said from time to time, they organize sensitization programmes to inform prostitutes on the dangers of their activities to their health and society as a whole. “We also have programs to reinsert them in the society and keep them away from selling sex trade”, she concluded.