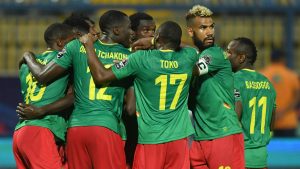 New Cameroon coach Toni Conceicao has seen his injury-list grow ahead of Saturday’s international friendly with Tunisia after three more players pulled out.

Ngamaleu has a thigh problem, Choupo-Moting is battling with a rib injury and Bong has an issue with his adductors.

It is not an ideal start for Conceicao in what is his first game in charge having been a surprise pick as head coach last month.

Cameroon will take on Tunisia in Rades, their first match since a 3-2 loss to Nigeria in the second round of the 2019 Africa Cup of Nations finals in Egypt.