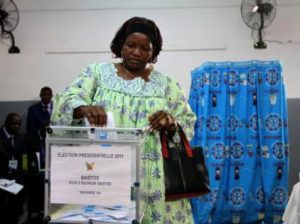 YAOUNDE, Nov. 11 Xinhua  | Legislative and municipal elections will hold in Anglophone regions of Cameroon despite growing threats from armed separatists, officials of the Elections Cameroon (Elecam) said on Monday.

Chairperson of Elecam Enow Abrams Egbe said the eagerness demonstrated during the registration process in the troubled regions was a clear sign that “people in the regions are ready to take part in the elections”.

“We are convinced that elections will take place in the regions. Elections Cameroon will put in place all measures to ensure the elections are hitch-free. Elections should unit and not divide the country,” Egbe said.

“We are working in collaboration with the security forces, so together we believe we will overcome the challenges,” he added.

He was speaking in the capital Yaounde during a meeting convened by Cameroon’s Minister of Territorial Administration Paul Atanga Nji to evaluate the readiness of the country to organize the elections.

On Sunday, President Paul Biya decreed that elections for members of National Assembly and municipal councillors will take place on February 9, 2020.

Separatists fighting for the independence of minority English-speaking regions of Northwest and Southwest have vowed to disrupt the elections in the regions.

Nji stressed during the meeting that “all necessary security measures” have to be taken to ensure that the elections take place peacefully.