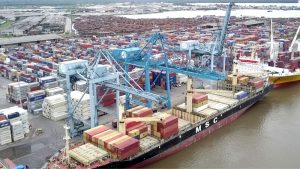 Business in Cameroon  | Over the 2020-2035 period, Cameroon plans to invest a total of XAF5,373.1 billion to build a total of 9,240 km of roads. This is revealed in the Road Master Plan (RMP) the Ministry of Public Works just received from the ECTA-BTP ENGI Tractebel consortium thanks notably to support from the African Development Bank (AfDB).

In detail, the government is planning, among other things, works on national roads to the tune of XAF3,649.2 billion over a linear distance of 6,380 km. Investments for regional roads are estimated at XAF1,224.8 billion for 2,779 km of roads.

For communal roads, the projected works are estimated at XAF727 billion for 161.550 km, with an average cost of XAF4.5 million per kilometer. The construction of bypass roads around the country’s major cities is planned to cost XAF1,148.6 billion for 198 km of linear distance. Last but not the least, the government wants to build new motorways at an estimated cost of XAF468.9 billion.

Let’s note that during the validation ceremony, representatives of the AfDB, which is one of Cameroon’s backers in the road infrastructure sector, were invited.

Cameroon Could Lose FCFA10B A Year, Over A No-Deal Brexit (UNCTAD)