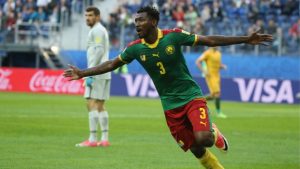 The sport is almost like a religion here and federates sons and daughters from diverse cultural, linguistic and social backgrounds, reason why they impatiently await upcoming competitions.

With the air now already visibly cleared on Cameroon’s capability of hosting the African continent in 2021 when 24 national football teams will come tussling for a place in the sun, attention is now focused on all that is needed to give the prestigious competition the splendour known of it over the years.

And more so, reviving the sweet memories that sports in general and football in particular has left in citizens over the years. In fact, sports has proven to be an undeniable unifier of all Cameroonians regardless of their linguistic, cultural and social differences. The three-day working visit of the Confederation of African Football (CAF) led by its President, Ahmad, to Cameroon last week brought out two precisions which cleared a myriad of doubts that hitherto loomed over the tourney.

Announcing that the competition will take place from January 9 to February 6, 2021 in Cameroon laid to rest speculations that the football fiesta could once again slip through the country’s fingers. Without any chest-beating, the huge challenge for Cameroon remains finalising infrastructure to give the event its valued grandeur. Going by the President of the Confederation of African Football in one of his declarations in Yaounde, the country is arming higher than CAF’s initial specifications (cahier de charges) and information on the ground augured well for an exceptional AFCON in 2021.

To say the least, the announcement brought smiles on the faces of many a Cameroonian who have been longing to re-experience; this time live, the competition that has severally brought glory to the nation. Starting from the exclusively local-talent African Nations Championship (CHAN) billed for April this year and the African Nations Cup in January-February 2021 – all in Cameroon, the anxiety in citizens keeps mounting as the days ebb out and kick off narrows. If all is almost set for CHAN, polishing works are gaining momentum for AFCON.

In effect, finishing touches are ongoing at the various stadia and cities chosen to play host to the prestigious continental competitions. Bafoussam in the West, Limbe and Buea in the South West, Douala in the Littoral, Garoua in the North and Yaounde in the Centre Region are concluding either construction or refurbishing works to give the different football temples and related infrastructure the beauty and solidity needed from a country of the five-star Indomitable Lions. For memory’s sake, Cameroon has lifted the coveted trophy five times. The mounting anxiety in view of the upcoming competitions arguably leaves no one indifferent.

Reason why the national bilingual daily, Cameroon Tribune, in its traditional mission of sensitisation, education and entertainment takes readers through the glorious moments of the country’s football and those who played significant roles for the selection to triumph and bring home trophies. In a running series, the newspaper takes its fervent readers through the personal involvement of the country’s first sportsman, Paul Biya.

His input through the construction of stadia of international repute, support dished out to sportsmen and women and his choice of football glory as galvanising factor for excellence will also be handled in detail. A rare moment to showcase the heights Cameroon has reached at national selections both within and without Africa as well as some emblematic local clubs that have fetched fame for the country.

The newspaper will besides revisiting the famous moments, the electricity it generated within fans, some actors who distinguished themselves on and off the pitch, also bring to its readers what the sporting public still holds of those heroic moments which no doubt rekindle their hopes for better days ahead notably with the coming CHAN and AFCON. An irresistible series for your pleasure.