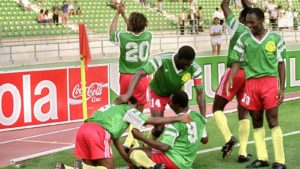 Cameroon have been drawn in Group D alongside Ivory Coast, Mozambique and Malawi in the second round of the 2022 Fifa World Cup qualifiers.

Of the four nations in the group, only the Indomitable Lions and the Elephants have taken part at the finals before, with the former appearing seven times, while the latter have participated on three occasions (2006, 2010 and 2014).

Furthermore, the Indomitable Lions’ 23 games at the World Cup is the most any African side has played in at the finals.

40 teams will partake in the draw on Tuesday evening, which will see 10 groups comprising four teams each.

The winners of every group will then advance to the third and final round of the qualifiers, with each team to play the other home and away.

The aggregate five winners at the conclusion of the fixtures will then represent Africa at the global showpiece in Qatar.

Having missed the competition in Russia in 2018, Cameroon will seek to take part in the tournament to be held in three years.