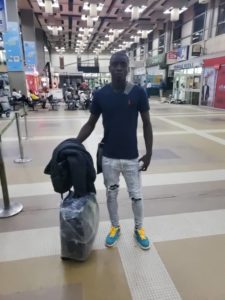 Isle of Hope Sports Academy, ISOHSA, skipper Hoshala Eboa Besumbu has landed down in Europe ahead of his trials with some big clubs.

The skipper was received at the airport by the club’s president Karl Mokake and will be aspected to have trails in five different European countries as he looks forward to beginning a new adventure. 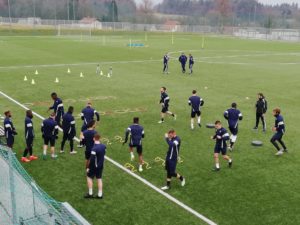 Known for his workaholic attitude, self-discipline, a team player amongst others, saw the club’s management handing over the armband to the 20-year-old to lead the club.

He will have trials in Portugal, Spain, France, Finland and Slovenia during his stay in Europe.

Hoshala Eboa Besumbu has been a topic of discussion since last year with his formidable performance.

Last season, he was involved in close to 15 goals with the club in all competitions. This saw him assisting in 9 and scoring 6 goals last season.

The talented agile left-footed player demonstrates qualities of splendid first touch, good dribbling skills, and outstanding technical ability, which, along with his intelligent attacking movements, allow him to create chances in tight spaces for himself and teammates to break a resilient back four.