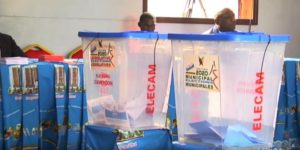 cgtn  | Cameroon’s Constitutional Council on Tuesday ruled that the results of the Feb. 9 legislative elections in 11 constituencies of the troubled Anglophone region have been nullified, citing irregularities during polling.

According to the ruling passed late Tuesday evening, voting in the constituencies was not free and fair because of clashes between separatists and government forces which provoked low voter turnout and “several electoral irregularities.”

The election in the constituencies will be held again.

“We are pleased with this decision which proves that all was not well in the regions during the election. We want the government to look for a lasting solution to the conflict in the regions,” said Mbah Ndam, a senior member of the main opposition party, Social Democratic Front, that called for canceling the election.