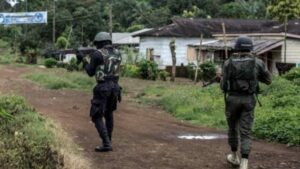 The sky was once again dark Cameroon’s English speaking regions with dozens of deaths recorded in separate incidents across the weekend.

The killings started on Friday, November 12 in Bamenda, capital of the North West Region where a police constable gunned down a nine-year old girl, Tataw Brandy as she gave up the ghost at the hospital. The culprit was immediately arrested and appropriate sanctions will be meted on him, the Delegate General for National Security, Martin Mbarga nguele said.

The next day, at least eight policemen and gendarmes were killed during an explosion in Santa, Mezam division still in the North West Region.

The violence spilled out of the weekend to Buea in the early hours of Monday when a man was allegedly shot by soldiers in the Bonduma neighbourhood.

The recent killings have again triggered widespread condemnation and calls for dialogue to end the ongoing conflict in the two English speaking regions of Cameroon. 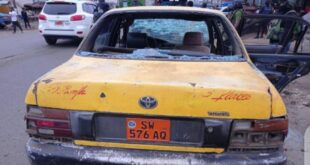 At least one person has been killed in Buea, South West Region of Cameroon following …