Cameroon ready for AFCON 2022 as anticipation builds for African showpiece 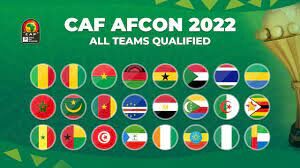 Despite the usual pre-tournament noise, all systems are go for Cameroon’s Africa Cup of Nations. It has been a tournament that has been wobbling on the brink.

With less than ten weeks to go before the tournament kicks off, the ‘will the stadia be ready in time?’ round of stories have begun.

The Africa Cup of Nations, AFCON, is a key tournament for African national team football but one that has the managers of top European clubs tearing their hair out at the thought of losing some of their top players for six weeks of the season.

It was postponed for a year due to the Covid pandemic, while Cameroon were at various times rumoured to be losing the hosting rights to the extravaganza which begins on January 9.

Early betting has Egypt as clear favourites to claim an eighth title (9/2), led by the player seen by many as the current best in the world, Mo Salah. Second favourites are Senegal, including star duo Sadio Mane and Kalidou Koulibaly, and Ghana (7/1), with hosts Cameroon available at 12/1; holders Algeria, who have Riyad Mahrez in their ranks, are also priced at 12/1 with Offers.Bet UK

The tournament will be played at six stadia: two in the capital Yaounde, the new Japoma Stadium at Douala, with venues also in the towns of Bafoussam, Limbe and Garoua.

Yaounde has the refurbished stadium at Ahmadou Ahidjo but the centrepiece is the new purpose-built 60,000-seater complex in the Olembe area of the city, which will host the opening game of the tournament between Cameroon and Tunisia as well as the final on February 6.

The tournament’s PR campaign is being led by former players, but not necessarily former Cameroon internationals. Among those singing the praises of the facilities is El Hadji Diouf, the player capped 70 times by Senegal, and whose club career included spells at Liverpool and Leeds amongst a host of top sides.

“The stadiums in Cameroon are of world-class standards,” said Diouf, the two-time African Footballer of the Year. “I’ve played in some of the best championships worldwide and the infrastructure I see in Cameroon for the 2021 Africa Cup of Nations is incredible.

“As an African, I’m proud of the facilities I’ve seen in Cameroon. I look at the Japoma Stadium and it’s a notch higher compared to some stadiums that have hosted World Cup games.”

A recent report from the Confederation of African Football (CAF) following a tour of all facilities highlighted several concerns ahead of the tournament, but it appears to have more to do with ensuring the event goes smoothly rather than any major problems with infrastructure.

With Covid still a major concern for any mass participation event anywhere in the world, especially those that see supporters from different countries turning up en masse, the CAF Executive Committee raised the issue of “sanitary matters that will be part of ongoing discussions between CAF and Cameroon government”.

Away from ‘sanitary matters’, the major concern for the European big clubs has centred around exactly when their stars will be leaving for the competition. There was an indication that some countries were hoping to have their players together after the December 26 fixtures, to overcome any quarantine measures before the competition.

The likelihood, however, is that a compromise will be reached with players leaving their clubs early in the new year. Players competing in the latter stages of the tournament, including the final and third and fourth-placed game, are unlikely to be ready to play for their league clubs until the second week of February.