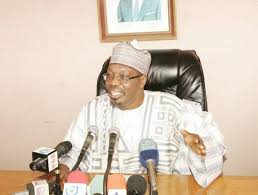 The Minister of Communication, Issa Tchiroma Bakary, has accused Amnesty International, AI, of playing the role of an organisation for the defence of terrorist interest.

The Minister of Communication and Government Spokesperson made the pronouncement during a press conference on July 21 in Yaounde.

According to the report, hundreds of people in Cameroon accused of supporting Boko Haram, often without evidence, are being brutally tortured by security forces.

Published using dozens of testimonies corroborated with satellite images, photographic and video evidence, the report, ‘Cameroon’s Secret Torture Chambers: human rights violations and war crimes in the fight against Boko Haram’ documents 101 cases of incommunicado detention and torture between 2013 and 2017, at over 20 different sites.

“We have repeatedly and unequivocally condemned the atrocities and war crimes committed by Boko Haram in Cameroon. But, nothing could justify the callous and widespread practice of torture committed by the security forces against ordinary Cameroonians, who are often arrested without any evidence and forced to endure unimaginable pain,” said Alioune Tine, AI’s Regional Director for West and Central Africa.

According to the Regional Director, these horrific violations amount to war crimes: “Given the weight of the evidence they uncovered, the authorities must initiate independent investigations into these practices of incommunicado detention and torture, including potential individual and command responsibility.”

According to the report AI wrote to the Cameroonian authorities in April 2017 to share the findings, but no response was provided and all subsequent requests for meetings were refused.

AI estimates that Boko Haram has killed over 1,500 civilians in Cameroon since 2014, and abducted many others.

“Victims described at least 24 torture methods they were subjected to. In one common stress position, described by detainees as ‘the goat’, their limbs were tied together behind their back before they were beaten. In another technique, described by detainees as ‘the swing’, victims were suspended in the air with their limbs tied behind their back and beaten,” they added.

Going by the report, the overwhelming majority of victims were tortured in two unofficial detention sites; the headquarters of the Rapid Intervention Batallion (BIR) in Salak, near the northern city of Maroua, and a facility in the capital, Yaounde, run by the General Directorate of External Research (DGRE), Cameroon’s intelligence services, situated close to the country’s House of Parliament.

Using architectural modeling, descriptions from former detainees, videos, satellite images and photos, a team of specialists at Forensic Architecture have created a 3D reconstruction of the site in Salak and a school in Fotokol converted into a military base.

In Salak, there are two main cells measuring approximately 9×5 metres, each containing up to 70 people. Detainees were usually tortured in an interrogation room they called “the DGRE Room”, which is located near the office of a senior officer.

The officer was described by victims as providing orders to interrogators, and by one victim as being able to “decide the life and death of each detainee.”

Samou (not his real name), who was arrested in March 2016, told AI about his interrogation in Salak, a few days after his arrest:

“They asked me to tell them if I knew members of Boko Haram. That’s when the guard tied my hands and feet behind my back and started to beat me with an electric cable, while throwing water on me at the same time. They beat me half to death.”

Tchiroma, at his press conference, said the accusations are baseless and aimed at weakening the morale of the Cameroonian defence and security forces.

“This report is aimed at tarnishing the image of the security and defence forces of Cameroon in the eyes of their international partners and dissociates them from the global response called for by the Head of State, Commander-in-Chief of all the defence forces, and in which Cameroon is a key link at regional level and most special at sub regional level,” he added.

According to Tchiroma, the AI accusations are based on fictitious or instrumentalised witness accounts while trying to sustain the allegations with inconsistent evident that do not stand up to reality.

“Who, if not an ill-intentioned person, can truly believe that a country that subjects Boko Haram blood thirsty criminals, even when arrested with weapons in their hands, will be reduced to perpetuating atrocities against its own population?

If our army carried out extra judicially killing as Amnesty International claims, will there be more than 1,000 Boko Haram criminals in our prison treated humanely as in the case today, in spite of the unspeakable atrocities committed by Boko Haram, especially against civilian population?” he questioned.

To him, any fighter of this terrorist organisation arrested on the national territory is subjected to an investigation and a judgment in the competent court according to the rule of the law.

“Significant financial resources are being made available for their case as well as for the development of the rehabilitation of their places of detention,” Tchiroma added

According to him, the mobilisation move of Amnesty International targeting the BIR, an elite unit of the army, is in an attempt to demolish the complete base of the defence forces.

“What Amnesty International and its partners need to know now is that they have out-passed an unacceptable line in their attack against Cameroon as they have blatantly uncovered the location of Cameroonian strategic infrastructure by pinpointing its infrastructures as a key target for Boko Haram and the Islamic State which the terrorist group is associated,” he warned.

He said, discussing such sensitive information, more importantly, in a country at war, cannot be tolerated because these are unacceptable breaches against the national security for which Amnesty International will be held accountable.