Separatist fighters have reportedly burnt down the home of one Jean Louis Temfack and his nephew, Tsafack Zekin Kevin Carel , for allegedly being informants to the military in the armed conflict between the Separatist fighting for independence of Ambazonia and Government forces. 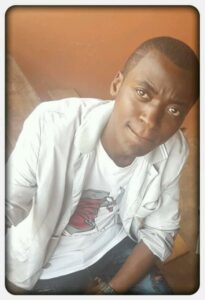 Neighbours say Some young men stormed Temfack’s home at Mulang in Bamenda at about 5.30am, apparently with the intent of attacking or killing him and his nephew, Tsafack Zekin, and when they didn’t find them, the set the house ablaze and everything inside was reduced to ashes.

Sources say the Separatist had visited and warned Temfack and Tsafack to stop moving around with military men because they suspected that they were giving out information about Amba boys to the military.

It is alleged that the Amba fighters were ired by the killing of one of them on January 21, 2018, and they suspected that his identity was revealed by either Temfack or Tsafack.

It appears Temfack and Tsafack smelt a rat and skipped out of town to escape from the wrath of the Amba boys.

Since the Anglophone Crisis started in 2016, both sides in the conflict have been killing people suspected to be informants to the enemy.