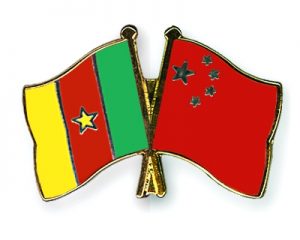 On the Cameroonian presidency’s website, it is revealed that the Chinese government has promised to cancel part of Cameroon’s debt.

Even though the amount to be cancelled is not disclosed, this announces an improvement of the China-Cameroon relation. Indeed, during the visit of Yu Jianhu, Chinese deputy commerce minister, from November 29 to December 2, 2017, Cameroon’s minister of economy revealed that the relation between the two countries was confronted with considerable challenges which were roadblocks to these relations.

Particularly, he indicated the non-compliance to the contractual terms by Cameroon and delays in the payment of the outstanding debt such as the loan for the construction of Kribi deepwater port (CFA544.74) as well as acquisition of the three MA60 (CFA36.43 billion) in July 2012.

Yet, since 2007, China is presented as Cameroon’s leading funder with fundings estimated at about CFA3,000 billion granted as loan or donations via the government, Export-Import Bank Of China, Industrial and Commercial Bank Of China, Bank of China…etc.