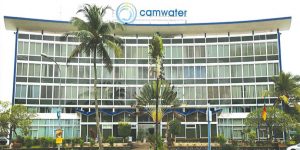 On April 30, 2018, Cameroon Water Utilities (CAMWATER), the public water company, will officially start the water distribution which was till then handled by Camerounaise des eaux (CDE), a Morrocan private company.

This information was revealed during a series of meetings organized on April 5-6, 2018 in Douala by Gaston Essomba Eloundou, the water and energy minister. During these meetings, he met with managers of CAMWATER, CDE, and representatives of the two companies’ employees.

A source who took part in the meetings explained to Cameroon Tribune that thanks to these gatherings, the road was paved for a smooth transition on April 30, 2018.

For the record, the water production, transport and distribution service was added to the portfolio of CAMWATER’s services on February 20, 2018, by a presidential decree. This decision to transfer the water supply to a public institution was signed after 10 years of unfruitful privatization.

One thought on “CAMWATER To Officially Become Cameroon’s Water Supply Company, On April 30, 2018”