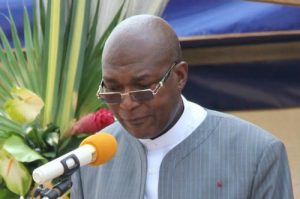 On May 31, 2018, during the cabinet council in Yaoundé, Jean Claude Mbwentchou, Cameroon’s minister of housing, revealed that 53 kilometers of drains are being built in Yaoundé and Douala for rainwater drainage.

In Yaoundé, the ongoing construction of 14 kilometers of drainage system will reduce floodings and water-related diseases. In Douala, 39 kilometers will be built and 9 kilometers of spillway will be reshaped.

Let’s remind that Yaoundé and Douala are regularly flooded during the raining season. In 2016, Louis Berger and B.E.C la routière, were awarded the CFA1.7 billion contract for the supervision, and coordination of the works on the drainage ditch in Douala.

As for the Mfoundi canal, it is part of the Programme d’aménagement de Yaoundé (Pady), which is in its second phase. For that purpose, the French Development Agency provided CFA52.5 billion to Cameroon. During the first phase of that project, financed by AfDB (CFA22.3 billion), a canal of 3.5 kilometers was constructed.