Government forces have launched a manhunt of Anglophones accused of supporting Separatist Forces in the ongoing Anglophone Crisis in the Northwest and Southwest Regions of Cameroon.

A serious manhunt by government forces has been launched on these persons who are alleged to be helping Separatist Forces who are fighting for the liberation of the English-speaking regions of Cameroon.

Some of those alleged to be supporting Separatist Forces or the idea of secession has been shot and killed by government forces.

The families of others are at large while some have seen their family members killed as the military is unable to lay hands on the accused. Few weeks ago, corpses of civilians were found in Ekona with reports that they were people aiding Separatist Forces.

In Bafia village, houses were burnt by the military who accused the villagers of protecting Separatist Forces. 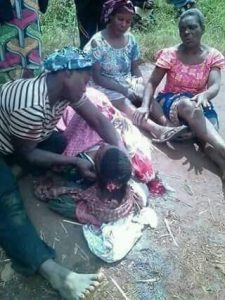 A recent case was that which took place on September 6, 2018, in Buea. A nanny lost her life after military forces arrived at the house of one Cecile Fuengot in Buea demanding for her where about.

Failing to see their target, whom according to reports they were out to eliminate, the government forces vent their anger on the innocent nanny by name Anwoh Marceline who was shot and killed.

According to reports, the mother of two, Cecile Fuengot who is married to one Gideon Indoh Tandong, is accused of supporting Ambazonia Liberation Forces that are currently fighting for the independence of Southern Cameroons. It is reported she is doing this through the company she works with known as Integrated Youth Empowerment Centre.

Contrary to the motive for her search, further investigation by our reporter shows that Fuengot who is an Assistant Human Resource Manager with the above-mentioned company has instead been sensitizing youth and women in the Molyko communities on how to stay safe from sexual abuses and kidnaps which are now common since the Anglophone Crisis took a new twist.

It should be recalled that during the early months of this crisis, some University of Buea students were abused in their room and it prompted the call for sensitization on self-defence.

Besides the aforementioned role, she was also in charge of resettling the refugees that came from areas like Kwakwa, Ekona, Mamfe among others that are more violent. 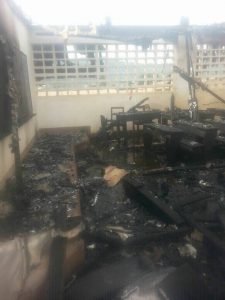 Due to the fear of constant harassment by the government forces, families of these accused persons are in hiding as they fear for the unknown.

All attempts to get to Gideon Indoh Tandong the husband of Fuengot for questioning have all failed. Talking to his neighbours, they said the where about of the family is not known as they are said to have escaped after the incident.

The crisis in the English-speaking regions stems from events in late 2016 when local lawyers and teachers mobilized over demands for respect of the regions Anglophone educational and judicial systems.

At the same time, separatist activists who seek an independent state for the country’s English-speaking regions began to set fire to schools and attack teachers and students to enforce a boycott they had declared on local schools.

As of May 2018, at least 160,000 people were internally displaced, with per cent of them hiding in the forest.

At least 20,000 Cameroonians have sought refuge in Nigeria since late 2017, according to UN agencies.