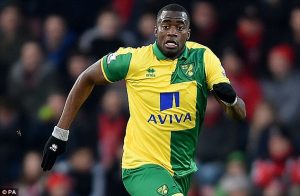 Peterborough have signed ex-Norwich and Tottenham defender Sebastien Bassong on a deal until the end of January.

The Cameroon centre-back, 32, has been a free agent since being released by the Canaries in May 2017, but has been training with Championship side QPR.

Bassong has played in England since joining Newcastle in 2008, with Spurs paying £8m to sign him a year later.

“When you have an unexpected break and come back into business it’s like you’ve got a second youth,” he said.

Bassong told BBC Radio Cambridgeshire: “It felt like an eternity, but luckily for me I saw it through and now here I am and I’m happy.

“I could’ve gone abroad, really far, to a very sexy destination, but at some point I thought that it wasn’t a good decision to sign for those clubs.”