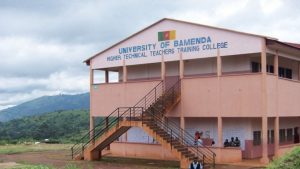 A lecturer in the University of Bamenda has succumbed to bullet wounds on Thursday October 25 in the restive North West region of Cameroon as fightings intensified between security forces and separatist fighters, sources have confirmed.

Prof.Professor Mbufong Paul Kuban Lecturer at the Department of English and Director of Administrative Affairs was killed around the Tubah Council close to the Saint Thomas Acquinas Major Seminary in Bambui as he was heading to work on Thursday morning, sources said.

“He was killed by unidentified assailants who chased him to where he sought refuge behind the Tubah Council before carrying out (the) gruesome act,” the University of Bamenda said in a statement on Friday.

The localities of Bambui and Bambili have witnessed heavy fightings since Monday between security forces and separatist fighters though it is still difficult to determine the casualties.