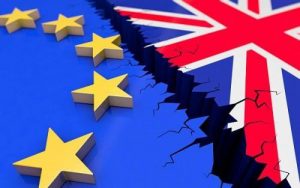 Jean Tchoffo, Secretary General of the Cameroonian economy ministry, presided on May 8 in Yaoundé over the presentation of a report on the trade impact of the bilateral Economic Partnership Agreement (EPA) between Cameroon and the United Kingdom.

According to the official, the validation of this study is the first step before the actual start of negotiations, which may have to be concluded by 2021. These will include a review of the legal text of the Cameroon-European Union (EU) Partnership, with a view to its possible transposition into a bilateral Cameroon-United Kingdom post-Brexit EPA.

The British government informed Cameroon of its ambition since February 12, 2018. And after two informal meetings, the Cameroonian President finally authorized the opening of formal negotiations on 29 August 2018. However, Paul Biya conditioned the start of these negotiations on the completion of a study that will provide an overview and outlook of trade, economic and financial relations between Cameroon and the United Kingdom. It is also a question of assessing the possible impacts of this agreement on Cameroon’s economy and finances.

The Kingdom of Great Britain and Northern Ireland is a party to the EU-Cameroon EPA. However, the British people decided on 27 March 2017, in a referendum, to leave the Union. As a result, the United Kingdom should in principle lose the benefit of trade agreements between the EU and its partners around the world. In order not to disrupt trade with its partners after leaving the Union, the United Kingdom is engaged in negotiations of new trade agreements and treaties with all its major trading partners.