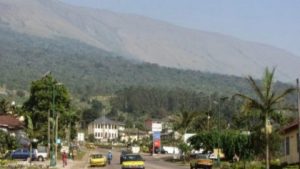 A four-month old baby was on on Monday night killed in Muyuka, Fako Division of the South West region of Cameroon, sources have said.

The family of the child has accused Cameroon soldiers of shooting the child on the head at point blank range.

According to the child’s mother, the soldiers forced into her house on Monday evening while she was in the kitchen and fired shots which caught the sleeping child on the head.

The death of the four-month old baby has provoked anger and condemnation as lives continue to waste in the North West and South West regions of Cameroon.

« Can shooting of a four-month old baby make any sense ?…That is what we have become, a country where some lives do not matter. A country in which a baby receives capital punishment for a live it still has to live. Barbaric !, » Barrister Akere Muna tweeted.