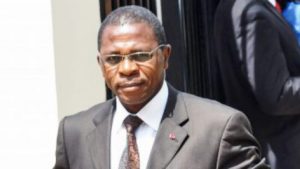 The messages carried by Prime Minister Joseph Dion Ngute and his Minister of Territorial Administration, Paul AtangaNji have divergent positions on the will of the Head of State.
The messages from the two have not been the same yet with both claiming to express the will of the Head of State President Paul Biya.
During the Prime Minister’s visit to the two English-speaking regions of Cameroon, while communing with the population in these two regions, PM Joseph Dion Ngute said that the President of the Republic is now ready to talk about everything, “apart from separation and secession”. These words imply that the Head of State has changed course and now accepts a debate around the form of the state, including the assumption of federalism.
However, in an interview on France 24, the Minister of the Territorial Administration Paul AtangaNji declared that: “We will not discuss the form of the State”. These words from Minister AtangaNji contrast those of the PM who had toured the crisis-stricken Northwest and Southwest Regions with a message from president Biya calling for dialogue.
It has also put many Cameroonians in confusion as they no longer know who among the two is expressing the views of the Head of State to see that peace returns to Cameroon.
Defending himself, the Minister of the Territorial Administration Paul AtangaNji on the columns of French Language daily tabloid Mutations of May 21, said: “There is no contradiction between what I said on France 24 and what the Prime Minister said in Bamenda; we have the same words. The Prime Minister never said that we would talk about federalism during the dialogue announced by the President of the Republic, “Atanga Nji explained.
The issue is further complicated after the Minister of Labor and Social Security, Gregory Owona gave his own opinion regarding the situation. Speaking on Canal 2 International on May 19 stated that any valid message regarding the issue is that of the PM.
Hear him: “Remember that the only valid message is that of the Prime Minister, put on a mission by the President of the Republic. All other messages are binding only on the perpetrators”.