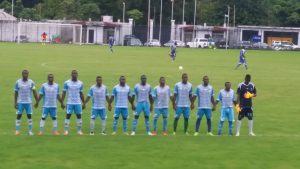 It was matchday 13 in the ongoing Southwest Regional League  as clubs continue to fight for a space in the Southwest Mini Interpools.

Pool C of the championship has been termed by many pundits as the group of death with very few points separating four clubs at the top vying for the ticket.

CUSA after beating Mount Cameroon FC moved to the top spot on the log with 16 points while EEMSA slipped to the second place after suffering defeat in the hands of Continental FA with 15 points.

On her part, the win for Buea United FC against FUSSA, saw them having 14 points while Continental FA also moved to the fourth position with 13 points.

The four clubs are still in the race for the top spot in the group while Mount Cameroon FC and FUSSA are out of the rest.