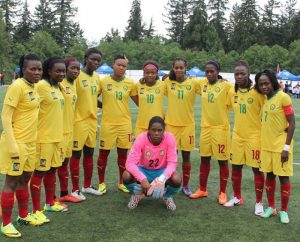 Cameroon’s World Cup hopes seemed destroyed after a heart-breaking own goal in the 80th minute, but a brilliant solo goal in stoppage time sent the team to the knockout round.

The scenes from Argentina’s last-gasp 3-3 draw against Scotland were incredible, as Argentina scored their first goals of the tournament after being down 3-0 in the 74th minute. One day later, Cameroon provided another all-time great moment in World Cup history, as Ajara Nchout scored a top-drawer goal to keep her team’s knockout round hopes alive. Cameroon defeated New Zealand 2-1, thanks to Nchout’s 95-minute goal.

Cameroon drew first blood in the 57th minute via a goal from Nchout, and they seemed to be in control of the match. They nearly scored later in the second half, but a triple-save from New Zealand’s standout keeper Erin Nayler denied Cameroon.

In the 80th minute, New Zealand tied things up 1-1, courtesy of a nightmare own goal from Cameroon. Their hopes of advancing as one of the four third-placed teams to enter the knockout stages seemed completely dashed in that moment, but Nchout had one more goal in her.

Ajara Nchout scores with the LAST KICK of the game and sends Cameroon to the knockout stage! #FIFAWWC https://t.co/MCNcR6Hf6I

This was a miracle strike from Nchout, who had the composure to send a classy curler into the far corner after leaving multiple New Zealand defenders for dead with her individual skill. Cameroon’s attackers showed so much individual quality and intelligent passing in the final third, and that quality was absolutely on display here. Nchout’s skill here was jaw-dropping, but credit should also go to Gabrielle Onguene for a heads-up assist. Onguene has been a standout throughout the tournament, so it was only fitting that both she and Nchout were involved in this goal.

As expected, Twitter was full of effusive praise for Cameroon and their talented players. There could be more moments of magic coming, too, as they’ve been one of the surprise teams this tournament after being ranked outside the top 40 in the FIFA world rankings.

Omg Cameroon!!!! The reaction is priceless. I love the World Cup!

What a goal! Last minute of added time. Cameroon qualify for the 2nd round. Great spirit!!!

WHAT A GOAL FOR #CMR. Nchout with an unbelievable stoppage time goal that will send Cameroon into the Round of 16.

What I just saw in that Cameroon match is probably one of the best moments in sports ever.

Cameroon goes from being eliminated on a horrific own goal to literally scoring to win and advance on the last kick of the match.

Cameroon will face England or France in the Round of 16, pending the result of Chile vs. Thailand later on Thursday.

Though Cameroon will be the underdogs in either matchup, they have looked like a strong side and showed so much resiliency in their win over New Zealand; neither France nor England will take this talented team lightly.