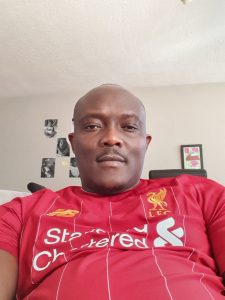 The Liverpool faithful is one of the financial backbone of this summer jamboree and already has big plans for the future after watching the opening game of the tournament.

“There is plenty of encouragement to take into the future judging from the feast of football and record pulling crowd on Saturday. These are signs that the competition means a lot to many,” he said.

Past and current footballers unanimously share the conviction that the tournament has impacted so many lives and for it to leave a remarkable imprint in the sand of time efforts
aimed at safeguarding its lifespan should be treated as glad tidings.

With so many innovations announced this summer, Lawrence Choh says lovers of the tournament have just seen just a tip of the iceberg.

” We planned to increase the level every year and if God permits this tournament will have an international dimension in the nearest future. It’s our hope that a team based abroad could be part of the competition someday. As they say reality rarely marches dreams but dreams give nobility to purpose. Let’s keep believing in our abilities,” he explained.

Other innovations announced include an increase in the prize money for individual awards such as the man of the match, best goalkeeper, best coach, and a special prize reserved for the best Fairplay team of the tournament.

Twelve teams are currently battling for the coveted title. The cash prize this year has been increased to FCFA 500,000 and according to the lead sponsor Derek Sakwe Ndinde and Lawrence Choh there is still room for surprises

The organizing committee came in for deserved praise as he believes they have been the driving force behind the success registered thus far.