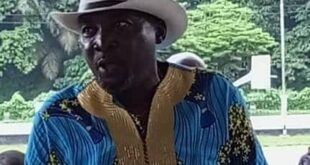 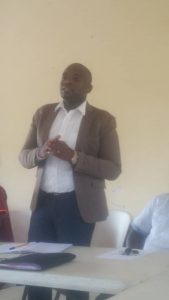 He goes further to say it is the most important attribute needed to achieve any type of personal or athletics excellence.

He was speaking recently at the academy headquarters in Man ‘O’ War Bay while chairing the 16th ordinary annual parents and trainees staff meeting.

According to him, no personal success, achievement, or goal can be realized without self discipline as it is an altitude of mind that requires hardwork and dedication.

However, he noted that his prestigious academy has been flexible in its approach in the past but warned severe sanctions await any trainee caught breaking bounds and is of bad influenced to the others as there are specific guidelines, on what is expected in terms of behaviour, altitude and approach and the lads are aware of this from the start. 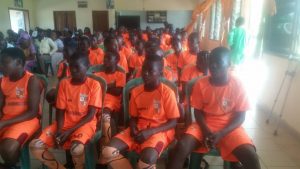 Presenting the disciplinary situation of NQSA, coach Alfredo Fallonho said discipline and boundaries help trainees behave better and that being taught strong discipline pays off in the longterm.

He sounded positive going forward despite some isolated cases.

On his part, Coach Edwin Teteh spoke of the need to bridge the gap between sports and education as he maintains the focus is not just on shaping the next generation of stars on the pitch.

The grouping ended with parents showing appreciation and satisfaction to the management of NQSA. 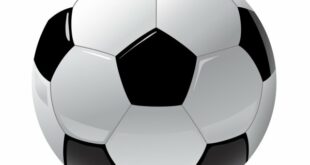