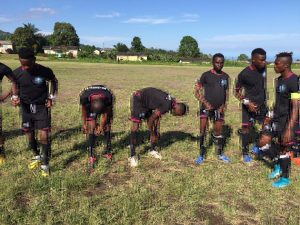 Southwest Regional championship side Buea United FC and newly created Fako League side Istanbul FA met for the first time in a preseason friendly at the Buea Police Field on Thursday, October 31.

Istanbul FA took this opportunity to absolutely humiliate their host by scoring five past them. Here is how social media reacted to this humiliation.

Fans that created out time to watch this encounter were handed a true delight in terms of the future Buea rivalry, Buea United FC vs Istanbul Football Academy of Buea,IFAB. 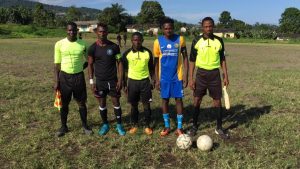 The expectations in the encounter were high and these two sides did not let the fans down by playing out a six-goal thriller.

Newly created Instandbul FA edged the thriller with ease with an easy ride over Buea United by five-one. Here is how the social media reacted to the mouthwatering encounter.

“With all the recruitment exercise by Buea United FC, 5-1 is too much from a newly created club”-Dope Yann.

“Buea United FC is a work in progress” The IFAB squad is made up of The Expendables, old actors (players) -#R003#

“No matter the scores, I saw good football from Buea United. They have a good side and it was their first game. I am confident they will gradually pick up,” El Braziliano said.

“ It is just the first game  and a friendly for that matter, let us wait and see how things go. Friendly games are good for they help the club to see where they need to up their game,” Mimpo said.

The mouthwatering friendly has seen the first segment of the game ending in favour of Istanbul FC thanks to an own goal from Buea United’s defender Ayuk Valentine and Ronald Lima.

When play will resume in the second segment of the game, the visitors will increase tally to three with a superb strike from Clovis Ngalame.  Things will later get worst for the homeside when Elvis Nageri made it four for the visitors from a spot kick.

With Buea United finding the back of the net once in the game,  Nageri made it 5-1 after converting a penalty to give Buea United FC their worst defeat in recent times.