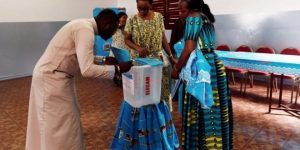 The two elections were postponed twice due to growing threats from armed separatists in the two English-speaking regions and attacks from Boko Haram terror group in the country’s Far North region.

Separatists have vowed to disrupt the elections in the troubled regions. Enditem