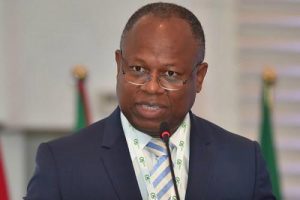 (Business in Cameroon) – On the sidelines of the 2nd Africa Investment Forum organized by the African Development Bank (AfDB), from 11 to 13 November in Johannesburg, South Africa, Alain Ebobissé (photo), Managing Director of the investment fund Africa50, said that after the hydropower sector, the organization he leads has new ambitions for Cameroon.

“We have an appetite to invest more in various sectors in Cameroon. I spoke to the Cameroonian authorities, on the instructions of the President of the Republic [ed.note: Paul Biya]. Look at the airport sector: it’s an area we’re interested in (…) Cameroon has a lot of gas; I raised the idea with authorities to try to gasify the Cameroonian economy a little more because gas is transitional energy. We have the ambition to invest in Cameroon as soon as there are projects,” that meet standards, the Africa50 executive said.

Africa50 is an infrastructure investment platform launched in 2014 by the African Development Bank and 28 African states, with an initial capital of $830 million (nearly XAF490 billion). In Cameroon, this fund has already invested in the XAF786 billion Nachtigal dam construction project (420 MW), located 65 km north-east of Yaoundé.

The commissioning of the first turbine at Nachtigal is scheduled for September 2022, and that of the entire structure towards the end of 2023. The plant will produce more than 2,900 GWh/year. The investments for this project were raised in the form of a public-private partnership with the participation of Cameroon as well as internationally renowned technical and financial partners such as Electricité de France (EDF), International Finance Corporation (IFC), Africa50 and STOA Infra & Energy.