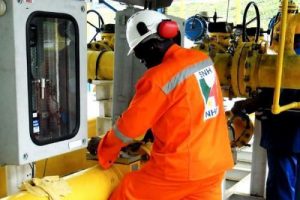 (Business in Cameroon) – In 2017, the Cameroonian public treasury lost at least XAF314.6 billion of revenues in the hydrocarbon sector, according to a report published by the national hydrocarbon sector SNH and the ministry of finance.

This revenue loss was due to two main reasons namely tax expenditures and SNH’s commitments.

The study on tax expenditure, carried out by the Ministry of finance, estimates the cost of the tax derogations granted to companies and households for the 2017 financial year at XAF605.7 billion, i.e. 23.4% of the non-oil tax revenues raised and 3% of the gross domestic product (GDP). The primary beneficiaries of these courtesies are oil and gas companies that benefited from tax exemptions worth XAF196.8 billion.

The government explains that these tax exemptions are intended “to encourage exploration and investment in the oil and gas sector.” However, many analysts remain skeptical about that.

By way of comparison, these exemptions represent three times the tax expenditure devoted to access to health services, the promotion of agro-pastoral production and local wood processing, the facilitation of access to electricity, drinking water and education, the development of social housing and other types of social services.

The International Monetary Fund (IMF), with which Cameroon has been implementing an economic adjustment programme since June 2017, is also questioning the government’s choice. “Tax exemptions remain high and should be resolutely addressed starting with the 2020 budget while ensuring that the poor and vulnerable populations continue to be protected,” the institution, whose team has just visited Yaoundé as part of the 5th review of the programme, recommends.

In its 2017 annual report, SNH, which manages the State’s interests in the hydrocarbons sector, claims to have sold the State’s share of production at XAF526.9 billion. But, according to the same document, only XAF349 billion was transferred to the Treasury. The remaining XAF177.8 billion represents “SNH’s commitments” consisting of outlay costs (XAF 141.3 billion) and “other commitments” (XAF36.5 billion).

But civil society organizations, such as the Centre régional Africain pour le développement communautaire et endogène (Cradec), are questioning the relevance of these expenditures and calling for more transparency.

The only explanation SNH provides in its annual report is that the first category of its commitments, i.e outlay costs, consists of lines such as operating costs, operation/development, appraisal/development, and royalties. The second (other commitments) includes items such as gas projects, inspection costs, security stocks, Association of African Oil Producers (APPA), securing oil operations, other provisions for site rehabilitation, Chad/Cameroon pipeline and other charges.

Despite a relatively diversified economy, the oil and gas sector remains important for the success of Cameroon’s fiscal consolidation objectives. In its analysis of the October 2019 country profile, Moody’s believes that the decline in oil volumes and revenues should be offset by better results in the gas sector. But according to the 2nd quarter data produced by the SNH, it is the production partners who are currently taking the lion’s share.

The budget session launched on 8 November 2019 will reveal the extent to which the government is concerned about the issue; it committed itself, during the budget orientation debate, to “finding the right balance between the need to broaden the tax base and the need to continue to support private investments as an economic growth driver, as well as to ensure that taxation plays its full redistributive and inequality reduction role.” But between a lack of understanding of the issues, party discipline, and elections, it is not sure whether parliamentarians will have their hearts set on it.