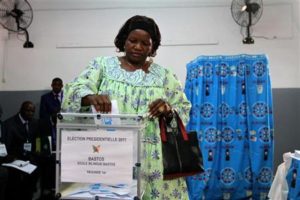 APAnews  | Voting centres will be a feature of the February 9th legislative and municipal elections in the Anglophone regions of Cameroon, despite being in the throes of a secessionist violence, state television announced Wednesday.

The idea is to group several polling stations in one locality in a single secure location, in order to limit possible infiltration by separatist fighters who have vowed to disrupt the holding of these exercises on a territory for which they had proclaimed independence.

In the face of growing tension, the government recently deployed more than 700 additional troops to these trouble spots, which, at the time of the presidential elections on 7 October 2019, had some 1.1 million voters out of a national total of 6.6 million.

In the meantime, several parliamentary and municipal council candidates, mostly from the opposition Social Democratic Front (SDF) and from the conflict regions, have whthdrawn ttheir candidacies in view of the threats from the separatists.

“The governors and the defence and security forces will do their job of securing the electoral process in the 10 regions, in general and more particularly in the North-West and South-West regions. On the very high instructions of the Head of State, head of the armies, a special and consequent security arrangement will be deployed in the North-West and South-West regions before, during and after the double header polls of 9 February 2020,” the Minister of Territorial Administration, Paul Atanga Nji, said a week ago.

Speaking on Tuesday in the North-West capital Bamenda, which has been the scene of recent violence, the commander of the 5th Joint Military Region, Valère Nka, repeated his call to the separatists to lay down their arms.