Limbe-based side Options Sports Academy on Sunday, February 2 at the Tiko Town Green maintained their hegemony over HO Academy FC of Buea as they beat them 5-4 after post-match penalties.

Both sides had their chances in the first segment of the game but failed to concretise them as both sides went on recess with the scoreline at 0-0.

The second segment of the game will be full of fireworks with most of the battle in the median as both sides put on fierce encounters. Despite the high hostilities in the game, none of the sides was able to get the curtain-raiser.

It would only a matter of penalties to decide which of the two sides is to carry the day. All hopes were now on both keepers Pharel Akibong of HO Academy FC and Benjamin Munya Yinkpi of Options SA.

However, it was Benjamin Munya Yinkpi of Options SA that stopped Casemiro Boue’s penalty to give Options SA the victory. 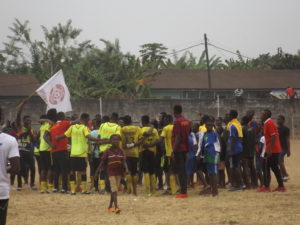 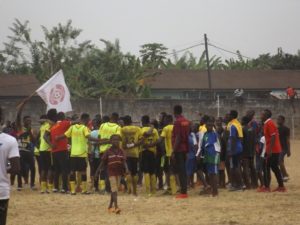 The victory meant that out of four meetings between both sides, Options SA have won all. Despite suffering a defeat in this encounter, HO Academy FC of Buea qualified to represent the region in the Cup of Cameroon as best losers.

They will do so alongside Istanbul FA and Options SA.