Ahval  | Turkish authorities wrapped 47-year-old man in a plastic wrapping before sending him on a flight to his country of origin, Cameroon, France 24 news site reported on Saturday.

Video footage of Emmanuel Fosso Someon Chedjou being treated as luggage by the airline’s officials ahead of Turkish Airlines TK667 flight on Jan. 27, have sparked outrage in Cameroon, it said.

The details of the videos show Chedjou being handcuffed with black plastic straps at the wrists and the ankles. Authorities also wrapped scotch tape on his clothes. 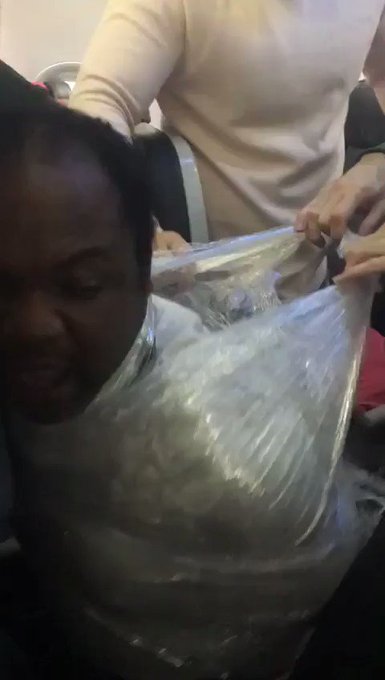 694 people are talking about this

Chedjou said that he was on a business trip to Dubai to buy a stock of shoes and meant to step out of the Istanbul Airport to get some air during an eight-hour layover. Authorities at passport control said his transit visa was fake and immediately arrested him.

Chedjou said that he had paid a travel agency to arrange everything and it was only then he realized that he had been ripped off.

“I was taken to a sort of detention centre and I found my partner there, who had been arrested in the meantime,” the man said. 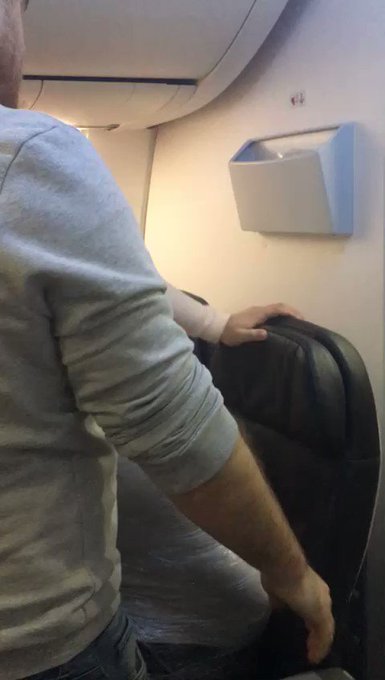 143 people are talking about this

The authorities asked him to sign documents in Turkish, which he couldn’t read, and also refused his request for a lawyer.

Chedjou said that the officers continued to mistreat him (including beating) and wrapped him in rolls of plastic normally used for suitcases. Once they put him inside the plane “like a package,” Chedjou managed to spit out some tissue that they had stuffed into his mouth and cry out for help.

The other passengers protested his mistreatment, and his partner took videos as a form of evidence.

Authorities also confiscated $2400 from his pockets, Chedjou said, and said he was lucky to be alive.