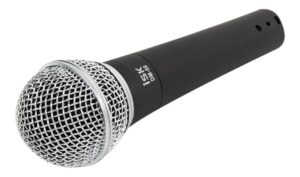 Members of the Cameroon Association of Sports Journalists, CASJ, met in Limbe from February 28 – 29 in their General Assembly where they adopted new statutes of the association.

During the meeting that saw delegates coming from other parts of the country, the new executive, which was voted into office last year, deliberated on the statutes of the association.

Issues like that of the production of the group membership cards, among others, were also looked into during the meeting.

It was agreed that the Association’s football competition that was known as Timef will now be known as the Zach-Massosi Football Tournament in honour of the two legendary sports journalists Zachary Nkuo and Noel Massosi.

It was agreed that the Littoral branch will host the first edition of the tournament which will run from May 8-10, this year.

The association also brainstormed on the coverage of the African Nations Championship, CHAN, and also the Africa Cup of Nations, AFCON, which Cameroon will host in 2020 and 2021, respectively.

Meanwhile, in a friendly football encounter, CASJ pulled a 1-1 tie with Limbe based veteran Belle VFC.