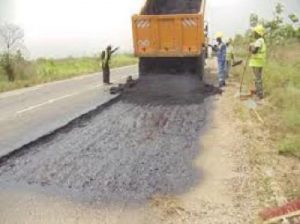 Business in Cameroon  | This week, the Sembé-Souanké-Ntam road will be inaugurated by Denis Sassou Nguesso during his visit in the Sangha department, official sources reveal.

The 143 km road that connects Congo to Cameroon was built by Chinese company Sinohydro. It is a segment of phase 2 of the Ketta-Djoum (503 km) road that includes the construction of 312 km of road on Congolese territory and 191 km on the Cameroonian side.

With the inauguration of the Sembé-Souanké-Ntam road and the inauguration, in 2016, of the road connecting Ketta and Biessi to Cameroon’s border, Congo will conclude its part in the road project.

On the Cameroonian side, works are not advancing that much. Only the Djoum-Mintom (98 km) section was completed in early 2017 and delivered in August 2019. The second phase of the integration project plans for the asphalting of the Mintom-Lélé-Ntam (105.5 km) and Ntam-Mbalam (30 km) sections.

The Cameroonian side of the project is aimed at boosting trade along the Brazzaville-Yaoundé corridor.

Let’s note that the works are co-funded by Congo, Cameroon, the AfDB, the European Union and Japan International Cooperation Agency (JICA).

According to the AfDB, the road project is a major one since it is one of the main axes of the alternative Windhoek-Tripoli to connect the Central African Republic to Cameroon, the Southern region of Gabon and the Brazzaville-Pointe-Noire road to Congo.