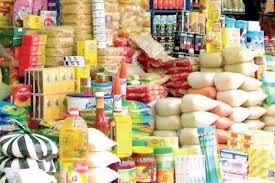 Business in Cameroon  | On March 19, some fish shops and retail stores were closed, in Yaoundé, by order from the Minister of Trade Luc Magloire Mbarga Atangana. On March 23, two other rice stores in Yaoundé, Sorepco, and Sotracodim namely, fell under the same penalty.

According to sources at the Ministry of trade, although Sorepco imported 26,555 tons of rice in the current Q1-2020 quarter (being the leading rice importer in the country), rice is not available at its Yaoundé and Douala warehouses. For the ministry, this unavailability is proof that Sorepco is hiding its stocks.

Thus the decision to close its stores pending results of investigations, which will be followed by penalties provided by law.

The same source reveals that consumer good distributor Sotracodim, located at Fouda, Yaoundé, has also been closed because it increased the price of its Thailand broken rice.

Let’s note that the Minister of Trade had already warned traders against speculation practices in the context marked by a health crisis created by the coronavirus. In a note signed on March 20, the minister reminded that according to the law of December 15, 2015, governing commercial activity in Cameroon, there could be financial penalties of up to 10% of annual turnover against any business found guilty of speculation or going against the provision of that law. The law also provides for prison sentences and gives the administration permission to, if necessary, suspend the operations of the culprit.