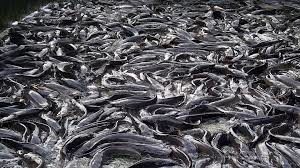 Business in Cameroon  | In Cameroon, the Minister of Economy (Minepat) Alamine Ousmane Mey informs that on April 6, he signed a XAF205 billion loan agreement with the African Development Bank (AfDB).

According to the official, this loan will fund the interconnection of Chad and Cameroon’s electricity networks (XAF147.85 billion), the livestock and fish farming value chains’ development project PD-CVEP (XAF55.10 billion) and the Programme for integrated development and adaptation to climate change in the Niger Basin PIDACC/NB (XAF4.92 billion).

The minister explains that the interconnection project will boost the sub-regional integration process and improve residents’ access to energy. The said project consists of the construction of a main 225 Kv high-voltage line between Ngaoundéré, Maroua (Cameroon) and Ndjamena (Chad), as well as the construction of 225 Kv high-voltage overhead lines between Maroua (Cameroon), Bongor, Guelendeng and Ndjamena (Chad). It also includes the construction of associated HV/medium-voltage transformer stations and distribution networks, for rural electrification, along the line corridors.

Thanks to the PD-CVEP, Cameroon will reach a production of 10,000 tons of farmed fish products in 2020 by offering refundable grants to 350 companies newly created by young graduates.