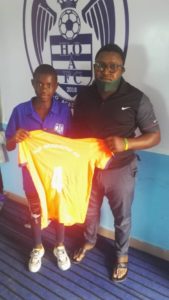 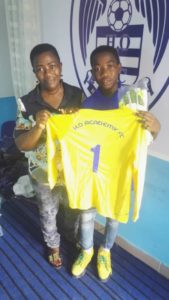 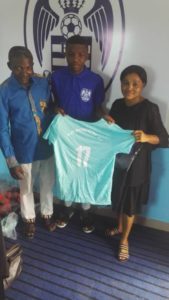 Southwest Regional League side, H.O Academy FC has announced the recruitment of Under-17 players slated Monday, July 13 at the Stade Tercocam in Bonamoussadi-Douala.

Going by the press release from the club, the recruitment will begin at 1:00 PM as the club looks forward to enhancing its project of scouting young talented players and giving them a future.

The management of the club also stated that they will be interested in talented players who are disciplined and committed and residing in Douala.

Meanwhile, recently, the Under 13 and 15 categories received training materials in the presence of their parents and guardians.

Created in 2018 as a football training centre, Hilaire Owona Academy Football Club commonly known as H.O Academy FC has the U13, U15, U17 and U20 categories.