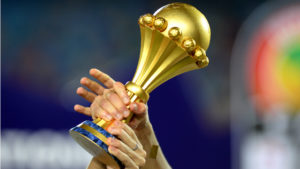 The world of sports has once again been stunned by the news of a missing soccer trophy.

The recent disappearance of the African Cup of Nations trophy in Egypt, which was given to the Pharaohs in 2010, has left many tongues wagging.

The trophy, which has gone missing was first won by Cameroon in 2002 and was later awarded to The Pharaohs by the Confederation of African Football, CAF, after they won the trophy three times in a role: 2006, 2008 and 2010.

After the incident in Egypt, The Post takes a look at some famous missing trophies in sports.

In football, the World Cup of the Jules Rimet Trophy named after FIFA President, Jules Rimet, was stolen on two different occasions.

The silver trophy that awarded to the 1930 winner of the FIFA World Cup went missing while touring England during the 1966 FIFA World Cup.

It was stolen just three months before the tournament in England.

The Football Association had received the silver-gilt trophy in January, three months before the tournament was to begin.

The cup was kept on display at London’s Westminster’s Central Hall, from where it got flicked. The Scotland Yard was called in to investigate after a ransom note was sent to then FA Chairman, Joe Mears, demanding £15,000.

A few months later, the trophy was mysteriously found by a dog at the bottom of a garden nearby wrapped in newspapers and tied with a string.

However, disaster struck again when Brazil was awarded the cup to keep permanently after winning the competition three times.

It was stolen in 1983 and has since not been found. Some observers believed that the trophy has been melted by thieves thereby shattering the hopes of ever seeing it again.

The European Cup, which they won after beating German side Bayern Munich in the final, was stolen in 1982. Fortunately, the trophy was found quickly and returned to a police station in Sheffield.

They will again suffer another disaster in 1985, when the original FA Cup which they won after beating West Brom in the final was stolen.

The thieves were caught and admitted to melting the trophy down to make fake coins.

In December 1970, the Stanley Cup in the NHL history was stolen by a gang of thieves from the Hockey Hall of Fame in Toronto.

While the trophy was later discovered by the police in an abandoned driveway, this wasn’t the first time the cup was stolen. Back in 1907, the coveted trophy vanished from a photographer’s home after the Montreal Wanderers forgot it there.

The cup was held for ransom and then returned when no one offered to pay to retrieve it.

In 1970, the disaster also struck rugby when the Rugby League World Cup trophy was stolen from a Bradford Hotel.

The trophy was in the Australian headquarters, before that year’s World Cup. They did already have a replica rugby trophy ready for the competition which was extreme luck since the original was not found until 1990.

The member of the public, who found the trophy in a ditch a few miles away, was unsuccessful in finding the owners of the trophy and it remained unclaimed for quite some time.

Also, the Heisman Trophy which belongs to former National Football League star, OJ Simpson, was stolen along with a jersey belonging to him in 1994 from the University of Southern California’s Heritage.

The trophy was only found in 2015, 20 years after it went missing. Before the trophy was found, Simpson was under trial for the death of his wife and her friend.

While it was a couple of Los Angeles Police Department detectives who found the trophy, no details were made available on where and how it was found.

Formula 1 team Red Bulls had close to 20 trophies belonging to them stolen. The trophies were only discovered dumped in a lake in the United Kingdom.

In hockey, the whereabouts of the Brunswick-Balke-Collender Cup, which was awarded just once in 1920 and later became the NFL, is still a mystery.