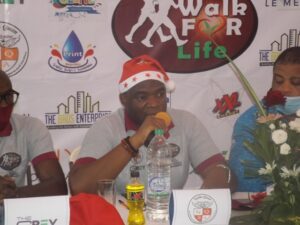 “We are so much prepared for the Limbe Population. On the contrary, I don’t know how much the population is prepared for us. Something serious and big is about to happen in Limbe,” Njalla Quan Jr said.

The campaign coined The Walk-For-Life will feature free medical consultations, screening for lifestyle conditions like hypertension, diabetes and obesity.

He also assured the population that everything is in place as the organisers have been holding a series of meetings to see that the campaign is a success. 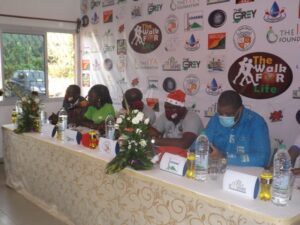 Hear him: “Since this initiative was announced to the public, we have been meeting and taking actions. All the medical supplies needed for this campaign have all been put in place. We are ready to screen a minimum of 1000 people for diabetes, obesity and hypertension for free. Based on the turnout on the first day, we are ready and have standby resources ready to be deployed in case it is needed… All we need now is for the population to walk in a healthy lifestyle.”

The campaign is organised in collaboration with the Grey Lab and will run from December 16 to 18. It will be crowned by a 10-kilometre walk in the city of Limbe.

The campaign is open to people of all walks of life and will have some close to 10 doctors and 30 nurses to attain to people.

The Limbe population has been urged to turn out fully during the health campaign. The campaign and the sports walk are free of charge to the population.

The NQSA is accompanied in this great initiative by The Grey Lab, The Bros Enterprise, Iya Foundation, Print Republic, SONARA amongst others.