After Coup, Burkina Faso Pleads for Support for Militant Fight 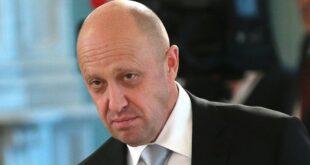 The great hunt has started: The US uses all the resources to get to Russians with influence in Africa 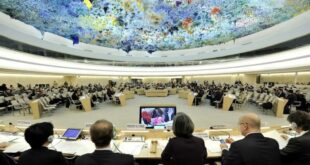 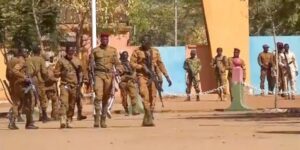 West African nation’s military leader might find it hard to secure backing from France and the U.S. after seizing power, analysts say.

Burkina Faso’s military leader has called on the world to back the country in its fight against Islamist militants.

But by seizing power this week, the young junta chief could make it harder for the nation to secure continued military support from the West to smother the worsening conflict.

Political analysts said the confused picture in the West African country could instead open the door for Russia to expand its influence across the restive region.

Speaking in his first national address on Thursday, Lt. Col. Paul-Henri Damiba sought to justify Monday’s putsch by blaming ousted President Roch Kabore for failing to arrest the advance of a Qaeda- and Islamic State-linked militants in the north of the country. Wearing a red beret and military fatigues, he vowed to restore the constitution when he considered the conditions right and pleaded for international support. “I call on the international community to support our country so it can exit this crisis as soon as possible,” he said.

Lt. Col. Damiba, 41 years old, has been at the forefront of Burkina Faso’s efforts to stop the spread of Islamist militias in the north of the country, part of the arid Sahel region that stretches across the southern fringes of the Sahara.

Last year, he wrote a book on the topic, and other midlevel military officers have been vocal in criticizing what they saw as a lack of government support for their efforts, complaining about shortages of weapons and even food and water as supply lines grew stretched.

Large crowds poured into the streets of the capital, Ouagadougou, after Monday’s coup, hoping it would strengthen the army’s hand in warding off the militants’ advance.

But political analysts said the putsch could make it harder for Burkina Faso to retain military support from the U.S. and France, potentially leading it to seek support from Russia, as is already happening in neighboring Mali.

“Burkinabè security forces ultimately depend on support from France, which has had difficulty in cooperating with the Malian military junta under remarkably similar circumstances,” said Neil Thompson, an analyst at the Economist Intelligence Unit. “Overall the coup is more likely to hinder the effort against the militants than help it.”

U.S.- and French-led efforts to stabilize the region have already been faltering. Over the past two years, coups in Mali, Guinea and Chad have toppled pro-Western leaders that Washington and Paris relied on to lead the campaign against jihadist militias linked to al Qaeda and Islamic State.

French President Emmanuel Macron subsequently announced plans to draw down its military presence in Mali after the coup there, a sharp turnaround from 2013, when France deployed 5,000 ground troops and air support to beat back a militant advance on the capital.

The U.S. is also reducing its presence across Africa as it refocuses on Russia and China.

On Tuesday, Mr. Macron voiced concern over Burkina Faso, where Mr. Kabore, a key figure in the G5 group of West African nations, is now being held in an undisclosed location. “This is just one of several military coups that are extremely worrying, particularly at a time when the priority in the region is fighting Islamist terrorism,” he said.

Political analysts warn the latest coup could further alienate France and the U.S. in the region, straining ties when many local people already accuse Western countries of abandoning the fight against the Islamist militias. Though France plans to halve its troop numbers in Burkina Faso by the end of this year, it has been spending around 880 million euros, equivalent to $980 million each year on the operation to stabilize the Sahel, according to the French Defense Ministry.

The U.S. supports the operation with drone surveillance, troop transport and other intelligence- gathering activities. It also provides $100 million a year in development assistance to Burkina Faso.

Islamist groups, meanwhile, have been seizing more territory, including valuable gold-mining areas, and expanding their range of targets.

Violent incidents in the Sahel nearly doubled to 2,005 in 2021 from a year earlier, according to data from the Armed Conflict Location & Event Data Project and assembled by the Pentagon’s Africa Center for Strategic Studies. More than half took place in Burkina Faso, including an assault on a gold-mining village last June that killed some 160 people, the deadliest in the country’s history.

In neighboring Mali, where military leaders toppled an acting president last year, the worsening insecurity has opened the way for the entry of Russia, which is expanding its influence through the sale of weapons and mercenary services via Kremlin-linked military company Wagner Group. France has warned that the presence of Russian mercenaries could hinder the deployment of a broader European force.

In a further sign of strained ties, Mali’s Russia-backed junta this week ordered Denmark to withdraw 100 troops, saying it hadn’t been consulted on their deployment.

Political analysts suggest the France-trained Lt. Col. Damiba will now attempt to strengthen ties with other military-led countries in the region or work more closely with Moscow.

Some in the crowds in Ouagadougou this week carried portraits of the Malian leader, Col. Assimi Goita,while others held up banners in support of Russia or burned French flags.
“Russia is definitely once again a player in African geopolitics for the first time since the end of the Cold War era,” Mr. Thompson said.